To put it plainly, most fridges nowadays let out a sound from time to time in the course of operation. That means homeowners don’t have to worry too much when their Samsung refrigerators make some noise. Still, it’s worth pointing out that on occasion, fridges getting noisy all of a sudden all may indicate problems with the internal components. As a result, while troubleshooting Samsung refrigerator fan noise, it’s a good idea to embrace a cautious approach.

Breakdowns Of The Fan Noise

So the fan of your Samsung fridge is making a ruckus and you have no idea what must be done? In that case, this article is exactly what you need. Down below is everything that you must remember about the fan noise of  Samsung refrigerators.

A lot of issues could happen to refrigerators made by Samsung but once it comes to Samsung refrigerator fan noise, you should remember these suspects.

Regarding fan noise in fridges, ice build-ups near the fan tend to be the first suspect. When you allow ice to accumulate in the vicinity of the fan, the fan is going to strike the ice build-ups sooner or later. As the fan comes into contact with the ice, your refrigerator inevitably starts making noise every now and then. Until you take care of the ice build-ups, the fan noise from your Samsung fridge would persist.

Problems With The Seal

Generally speaking, the seal of fridges is responsible for preventing the cold air from escaping into the outside. If the seal is in good condition, your refrigerator should have an easy time preserving temperature at levels you desire. On the other hand, if something compromises the seal, your refrigerator needs to work extra hard to keep the contents cool. Since the fan plays a key role in the operation of fridges, problems with the seal force it to run more vigorously which creates noise.

The Fridge Is Unlevel

The orientation of refrigerators is the source of all sorts of troubles and fan noise is a prime example. If your Samsung fridge is unlevel, it’s only a matter of time before the fan would go off-center while spinning. With an off-center fan in the motor, your Samsung refrigerator may get a bit loud in use. In most of the cases, the noise is going to cease as soon as you address the orientation of the fridge.

Over time, vents of fridges collect a wide range of particles so they could become blocked if people neglect them. While they don’t directly cause fan noise in refrigerators, blocked vents get in the way of airflows and that leads to ice build-ups. Hence, it’s best to take blocked vents into account when you notice noise coming from the fan of your fridge. On the bright side, it takes little effort to deal with blocked vents of fridges.

Quite a few items inside refrigerators from fresh vegetables to raw meat release moisture into the surrounding. The moment the amount of moisture in your Samsung fridge reaches a certain point, it would spread all over the place. If the moisture enters the motor, ice should form and one of the consequences is fan noise. Unless you tackle the moisture, there is a very good chance that the fan is going to keep making noise as it hits ice build-ups.

How To Quiet Noisy Fan

About fixes for Samsung refrigerator fan noise, different people have different ideas but if you like to put an end to the noise, try these.

Clear Out The Ice

Unplug your fridge, empty the content and remove the panel that covers the motor. Depending on the model, you need to unscrew several screws to move the panel out of the way. Next, detach the plugs on the panel then use a hairdryer to blow hot air toward the ice build-ups. Keep melting the ice until nothing could impair the performance of the fan.

Give The Seal A Look

Assuming that your fridge is pushing its fan harder than normal to maintain temperature, you should inspect the seal. If the seal appears dirty, wipe it clean using a piece of cloth and water so it closes tightly. However, in the case that you detect damages on the seal, you have to replace it at the earliest opportunity. Patching up damaged sealing may solve the noise issue for the time being but in the long run, you need something more comprehensive.

Determine whether your Samsung fridge is in a balanced position by glancing over its feet. If at least one of the feet is not on the ground, it’s strongly recommended that you apply adjustments to level your refrigerator immediately. Modern fridges made by Samsung incorporate adjustable feet so feel free to increase and decrease their height as you see fit. By balancing the fridge, you would be able to prevent the fan from spinning out of the center which eliminates fan noise.

Check Out The Vents

Assess the vents of your fridges to see if there is anything out of the ordinary. If you suspect the vents to be blocked, proceed to clear them as soon as possible to stop fan noise. For minor blockage, you could use tools to break through but be careful to avoid damaging the vents in the process. Nonetheless, if the blockage in the vents proves extensive, it’s suggested that you remove the vent for thorough cleaning.

Cover The Contents In Advance

You have a habit of filling the fridge with stuff? Then you have to consider the possibility that the fan noise is the work of excess moisture. To terminate the fan noise for good, you need to first remove the accumulation of moisture that exists inside the fridge. Afterward, every time you put things into your Samsung refrigerator, it’s essential that you cover them. 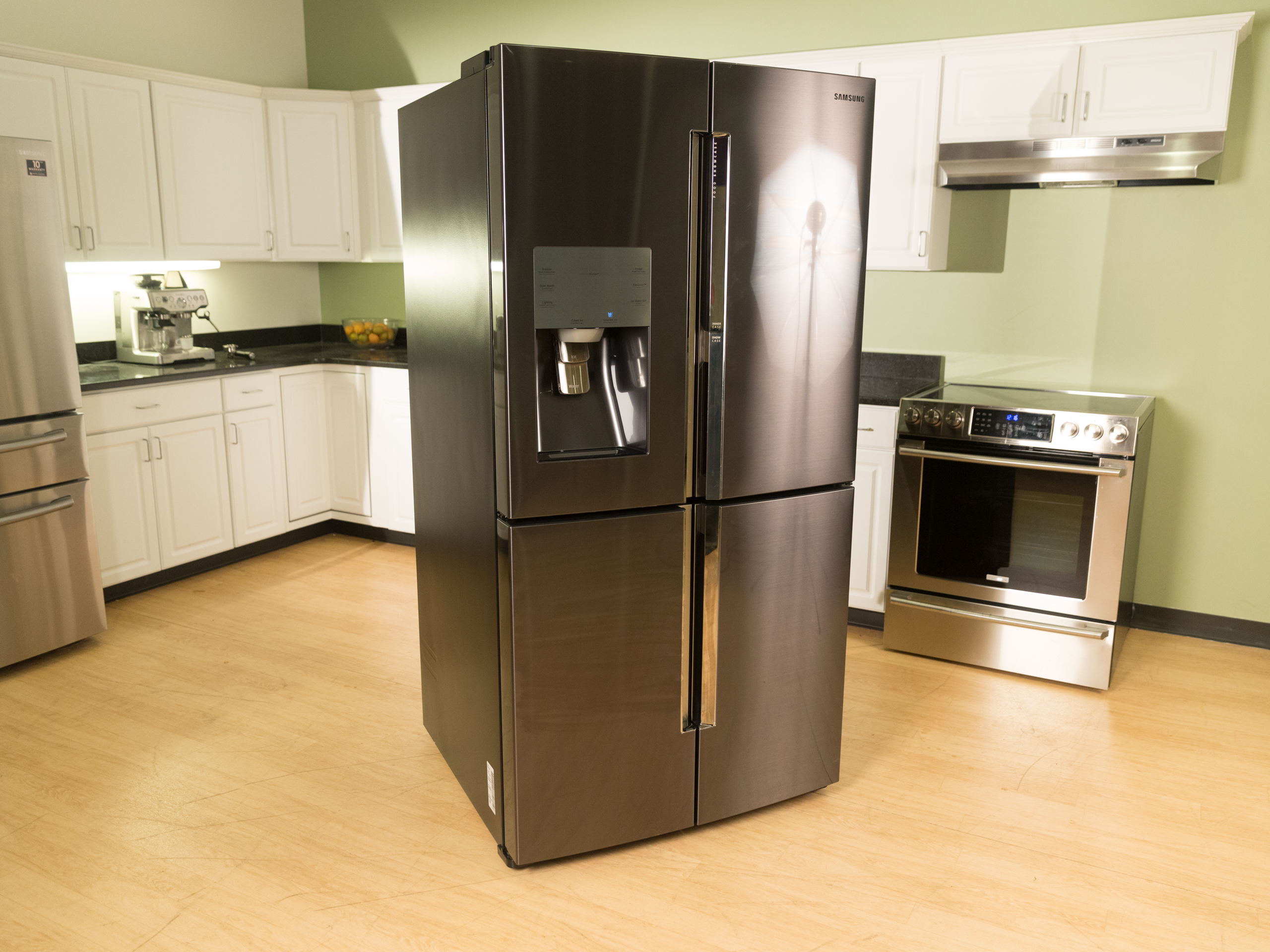 What should I do if the noise won’t go away?

If the fan of your fridge still makes noise no matter what you do, feel free to call the customer service of Samsung. For most of the time, Samsung is going to send someone to take a look at your fridge and deduce the source of problem. Nonetheless, it’s noteworthy that you may have to pay for the repair if something is wrong with your Samsung refrigerator. Therefore, you must check out the warranty of your fridge before making the call.

Is it possible to reduce the vibration of refrigerators?

To keep the vibration of fridges to the minimum, it’s important to pay special attention to orientation. On average, refrigerators that sit on uneven grounds often vibrate more than balanced ones. In addition to that, by sliding mats under the feet of your fridge, you could keep the vibration under control. Last but not least, by performing proper maintenance, you should be able to optimize the operation of your fridge which brings down the vibration.

How often do I have to defrost my Samsung fridge?

The ideal defrosting frequency of refrigerators made by Samsung changes from case to case. That being said, to be thorough, it’s wise to take the way you use your fridge into account while calculating the defrosting schedule. If you rarely use your fridge to its full potential, you need to defrost it annually. However, if you tend to push your Samsung refrigerator to its limit, defrost it once a month. 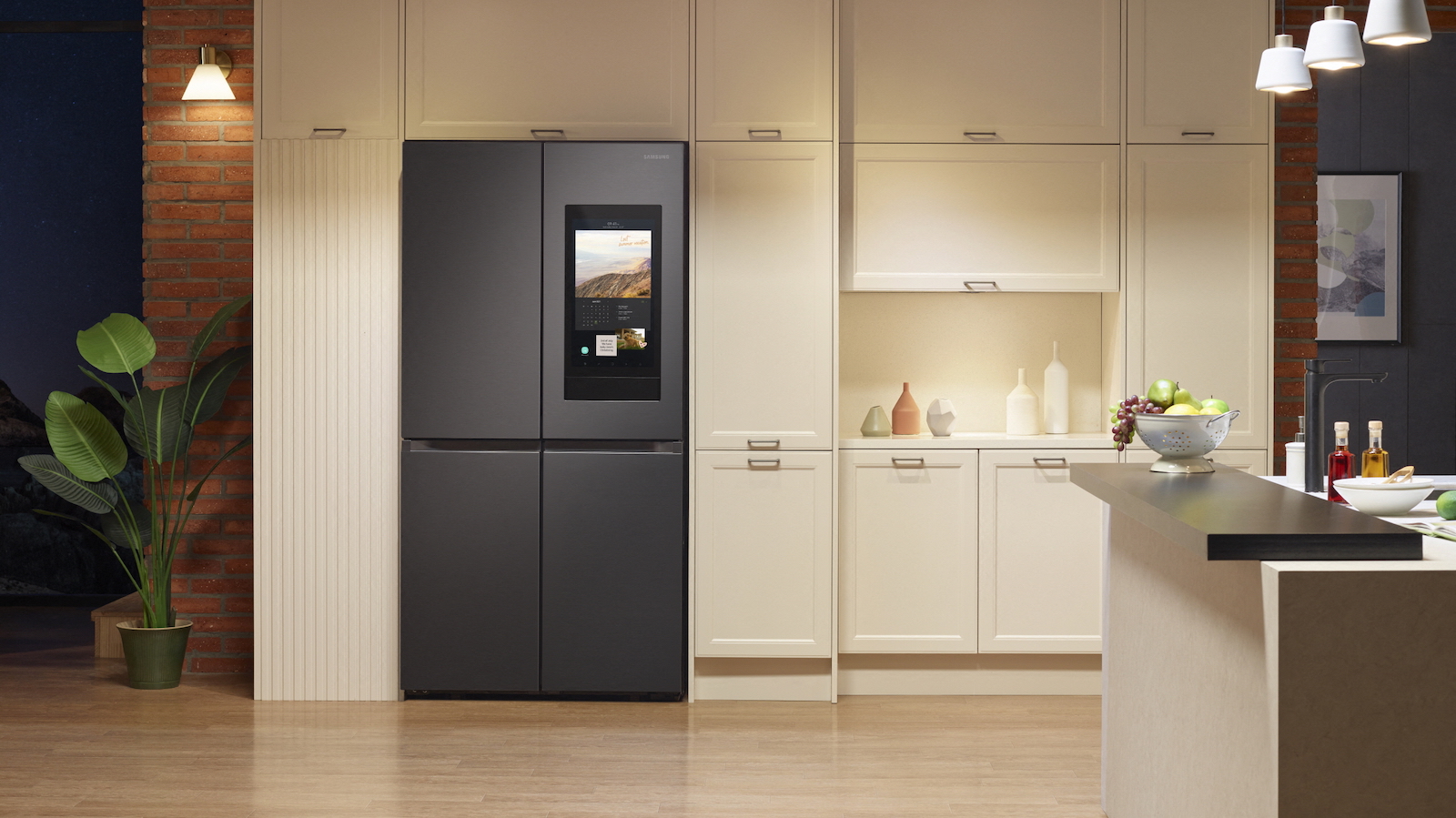