In general, once it comes to Solid-State Drive (SSD), people could choose from many models but Samsung 860 Evo is one of the top choices. Dependable and reliable, the drive made by Samsung gives a good account of itself in quite a few settings. Nonetheless, Samsung 860 Evo still experiences a number of issues in use which prevent computers from detecting it. Naturally, for those that store important data on the Samsung drive, the “Samsung 860 Evo not detected” error creates a lot of frustration.

Insights In The Error 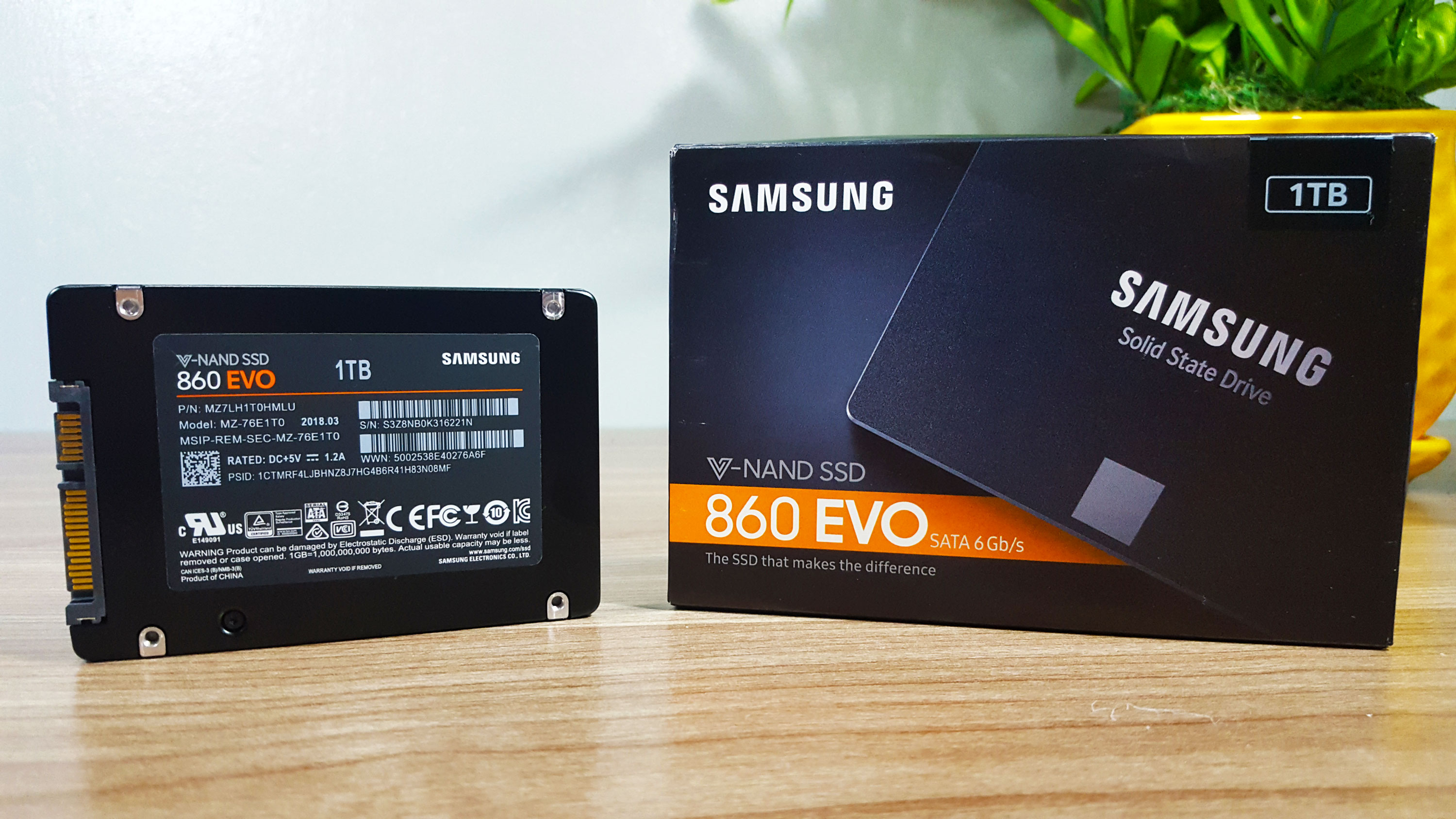 For some reason, your computer cannot detect its Samsung drive and you don’t know what to do? In that case, you have come to the right place. This article would show you everything about computers being unable to detect Samsung 860 Evo including causes and solutions.

In use, SSDs could run into hiccups now and then but regarding the “Samsung 860 Evo not detected” error, you must keep the following in mind.

Even though the optimization of computers nowadays is excellent, their performance suffers from a number of bugs. Many bugs prove to be mere inconveniences and vanish as time passes by but some of them interfere with key functions such as drive detection. Therefore, if your computer fails to detect its Samsung drive, it’s strongly recommended that you take bugs into account. Assuming that you manage to remove the bugs that plague your computer, Samsung 860 Evo is going to show up on the computer screen like normal.

Overall, a modern computer is capable of handling multiple drives at the same time. That being said, it’s not unheard of for computers to become confused when people connect them to more than one drive simultaneously. So you have a habit of keeping a bunch of drives connected to your computer as you use it? Then there is a very good chance that your computer is having a hard time recognizing Samsung 860 Evo alongside other drives.

If your Samsung drive is brand-new, it may be unformatted and that leads to a couple of complications during drive detection. For your information, drives that connect to for the first time won’t show up in the utilities of computers unless people format them beforehand. Luckily, for most of the time, you don’t have to be an expert to format drives on your computer. The moment the drive gets formatted properly, the “Samsung 860 Evo not detected” error would disappear.

Issues With The Drivers

In layman’s terms, drivers dictate how smooth components of your computer including the drives work together. If there is nothing wrong with the drivers then your computer should operate as expected around the clock. On the other hand, if the drivers become outdated, corrupted and so on, a wide range of oddities would appear. Because of that, articles that address SSDs problems tend to list issues with the drivers among the possibilities.

Usually, the absence of moving parts means RAM is one of the last components to fail on computers. However, if its RAM is running on its last leg, your computer could develop numerous troubles and drive detection error is a prime example. In the case that you have eliminated one of the above causes, RAM is going to be the last suspect on the list. To restore the ability to detect drives of your computer, you have to deal with the bad RAM at the earliest opportunity.

How To Address The Error: Recommendations

Regarding the “Samsung 860 Evo not detected” error, different people often have different ideas about the best fix. Still, if you like to put your Samsung drive to use as soon as possible, it’s suggested that you try out the measures down below.

Once it comes to bugs on computers, few fixes perform as successfully as a restart. Restart allows your computer to end the current session and start a new one which gets rid of a multitude of inconsistencies. As a result, if you suspect that the drive detection error is the work of bugs, you should restart your computer immediately. As the screen comes on, check to see whether your computer manages to recognize the Samsung drive.

Unplug Other Drives From Computer

Have trouble getting your computer to detect the Samsung drive you just bought? Then it’s widely advised that you attempt to format the drive.

Give The Drivers A Look

In the beginning, you should think about updating the driver of Device Manager as it handles that you connect to your computer. If the Samsung drive is still nowhere in sight, you have to update its driver via Device Manager. Besides that, you also have the option of uninstalling the device to eliminate corruption in the driver. Next, restart your computer and Windows is going to re-install the driver of Samsung 860 Evo on its own.

If years have passed since the last time you replaced RAM of your computer, it’s high time to grab new sticks.  By equipping your computer with new RAM, you not only improve its performance but also keep errors from occurring. However, it’s worth pointing out that you must be careful while swapping RAM sticks. Various computers use clips to hold RAM in place and it won’t take much to break them. 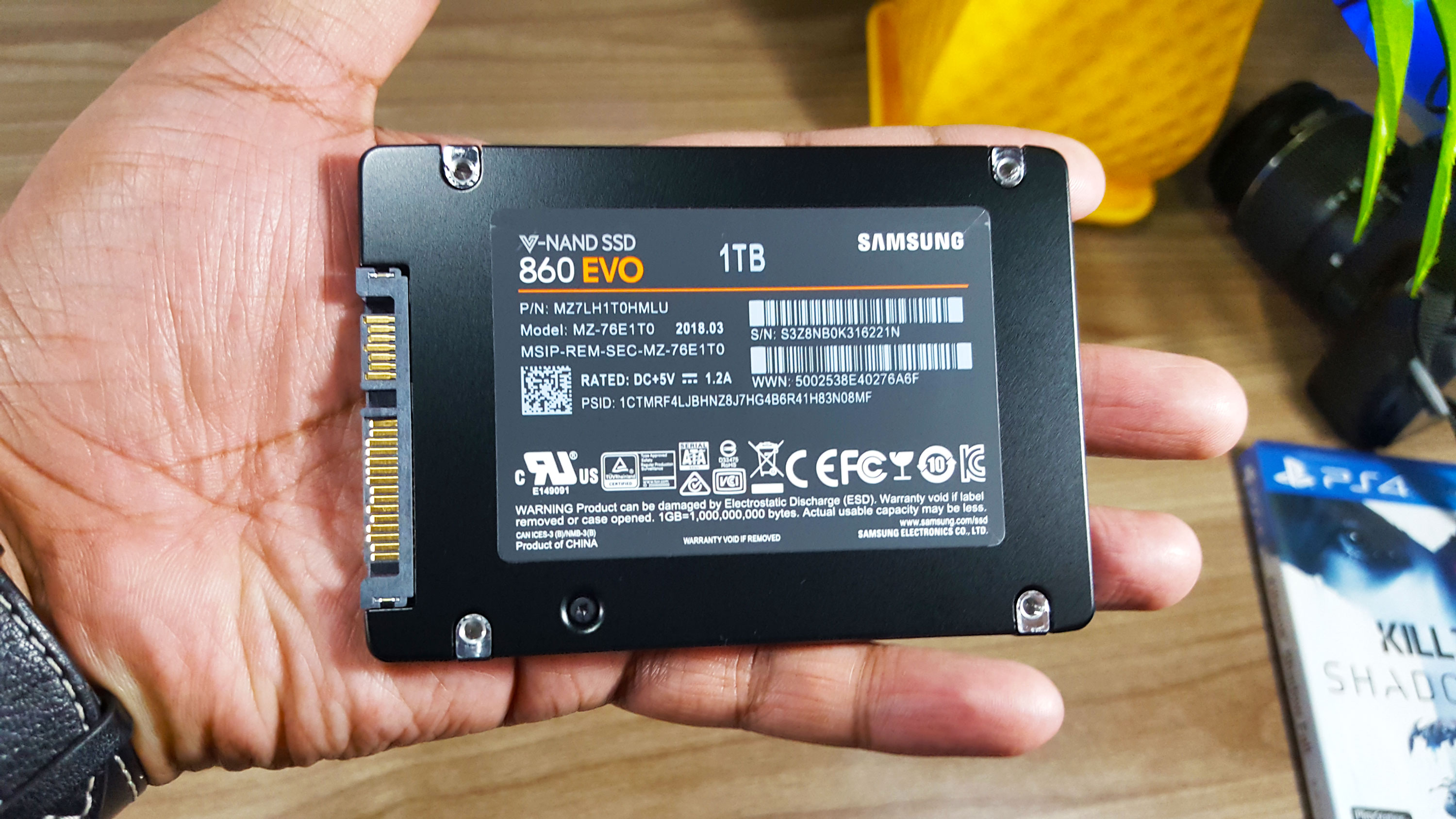 How much data could Samsung 860 Evo store?

About the capacity of Samsung 860 Evo, you could choose between  250GB, 500GB, 1,000GB, 2,000GB and 4,000GB. Think about the data storage requirement of your computer to deduce the ideal capacity for the drive. Keep in mind that as the capacity of the drive increases, the price rises accordingly. If you don’t have particular demands, there is no need to spend big bucks on ultra-high capacity drives.

What is the life expectancy of Samsung 860 Evo?

The claimed life expectancy of Samsung 860 Evo is 1,500,000 hours which amounts to around 171 years. That means if you look after your Samsung drive, you don’t have to worry about replacement drives for the rest of your life.

Do I have to follow specific rules while using an SSD?

Compared to HDD, SSD provides numerous benefits but it’s best to follow certain rules to get the most out of them. For instance, you should leave between 10% and 15% of your drive free to optimize the processing speed of your drive. In addition, don’t defrag your SSD because it’s able to access data regardless of the location. Last but not least, update the firmware of your drive from time to time to stop it from becoming obsolete. 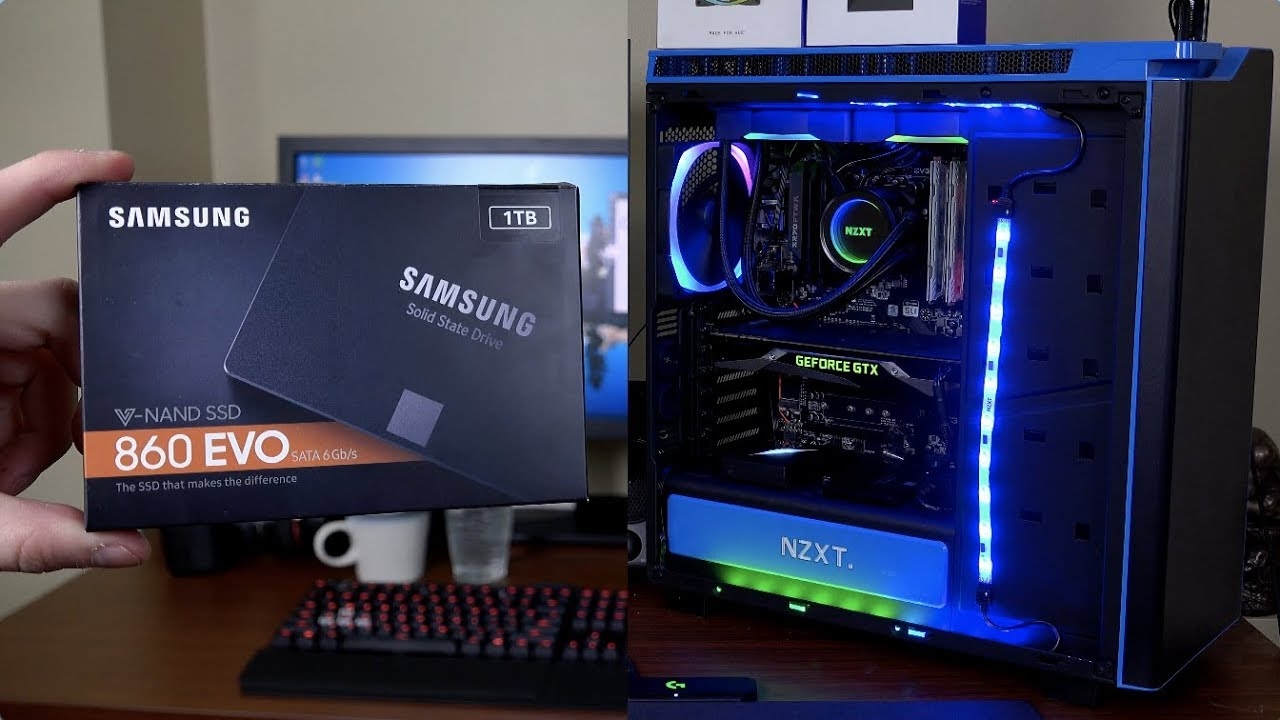